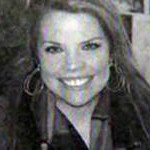 Month/Year of Sentencing: May 2010

Amy Beck, a married mother of three and wife of an LAPD officer, and a teacher at David Starr Jordan Middle School, walked into a police station in March 2010 and confessed to having sex and oral sex with a 14-year-old boy from March to September 2009. Beck pleaded no contest to two charges of unlawful sex with a minor. She served a two-year prison sentence and was released in March 2011. A confidential cibil settlement with Burbank Unified School District was reached in June 2014, the Daily News reported.