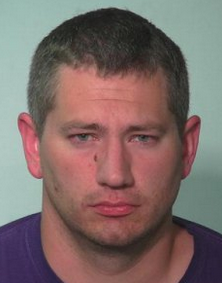 Troy Guenin, 32, a former New Haven High School math teacher, was sentenced to four years in prison this week after pleading guilty in July to felony child seduction and felony dissemination of matter harmful to minors. Following his sentencing, he will be placed on probation for three years. Police began investigating in early May after the parents of a 16-year-old student discovered a large number of text messages between their daughter and Troy Guenin. During an interview, Guenin admitted to the relationship and having numerous sexual encounters, as well as sending graphic photos via text. It was also learned that Guenin had been reprimanded in August 2014 for exchanging inappropriate text messages to and from the student. He had also been named Teacher of the Year at New Haven High School in 2014.