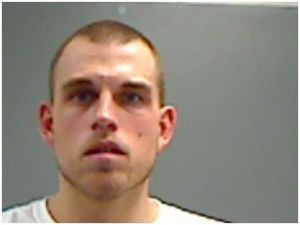 Jeffrey Daugherty, 29, was arrested on January 8, 2015 on suspicion of having an inappropriate sexual relationship with a student at Thomas Jefferson High School, where Daugherty was a math teacher. He was charged with sexual exploitation of a minor, third-degree sexual abuse and sexual abuse by a counselor, therapist, or school employee. Court documents alleged that Daugherty had sexual contact with the student in a classroom and exchanged explicit messages via Twitter.  The incidents took place between October and December 2014. Once the initial charges were filed, a second student came forward and told investigators that she had sexual contact with Daugherty several times in April 2014, when she stayed after school to get help with math. Daugherty took a plea deal, and two of the 12 charges against him were dropped. Daugherty pleaded guilty to third degree sexual abuse, sexual exploitation by a school employee, sexual exploitation of a minor, and lascivious conduct with a minor.  The court heard statements from the mothers of both victims, both of whom asked Judge Jeff Larson to give Daugherty prison time. In November 2015, Daugherty was sentenced to 10 years in prison and will have to register as a sex offender for life. He will be eligible for parole in about 7 1/2 years.