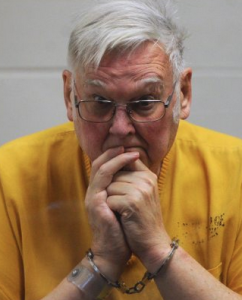 In September 2014, Anchorage Police began investigating allegations after one of David Schwantes’ former students reported that Schwantes sexually abused him. The man told police he met Schwantes at the Mount Spurr school during the 1988-89 school year, when Schwantes was named Anchorage teacher of the year. Schwantes molested the boy during the 1990s at school and elsewhere, according to his account to police. Schwantes pleaded guilty and was sentenced to six years prison time with four years suspended. During the sentencing, Judge Michael Wolverton called sex abuse in Alaska “an epidemic.”