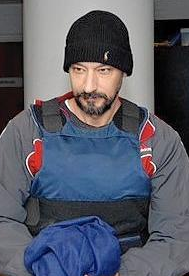 Michael Vucic, a 42-year-old Lake Forest resident who taught at Gavin Middle School in Ingleside, IL, for 18 years, was the subject of an international manhunt after charges were filed alleging he had inappropriate sexual contact with a girl under the age of 13 multiple times in 2012. A second victim came forward in January 2015, alleging she had sex with Vucic when she was a 15-year-old student at Gavin South Middle School (District 37). Prosecutors said they had video of sexual acts between Vucic and his two victims, including inside the classroom where he taught. In September, Vucic pleaded guilty to predatory criminal sexual assault. He faced a maximum of 82 years in prison. At sentencing, Lake County Circuit Judge Daniel Shanes took issue with Vucic’s statement to the court that he engaged in “consensual” sexual relationships with the girls, which started when one victim was younger than 13. Vucic was sentenced to 50 years in prison.