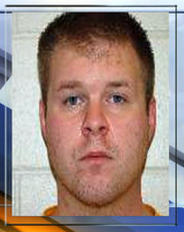 Lee Edward Riddle, 30, a former teacher at Widefield High School in El Paso County, Colorado, was sentenced to eight years in prison for striking the genitals of young male students during a serious of what he called “cup checks”. A jury convicted him on five of the charges in August 2014. During sentencing, Judge Thomas Kennedy said Riddle “lacked understanding” about how serious his crimes were.