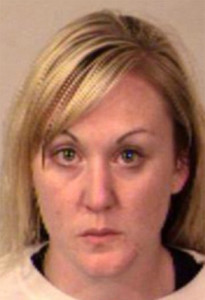 Month/Year of Sentencing: May 2015

Erica Lynne Mesa, 28, a math teacher and volleyball coach for five years at Colonial Forge High School, was the subject of a law enforcement investigation in 2014 after deputies received a tip from administration at Colonial Forge High School in Stafford County, VA. Investigators found a electronic trail linking Mesa to her victims, which included nude photos of herself that she’d sent to a 16-year-old student. Mesa was charged with the sex abuse of two boys, but admitted to police that she had sex with a total of four victims. Mesa said she had sex with the boys, one of whom was underage at the time, because it made her feel “attractive and wanted.” In May 2015, she was sentenced to 22 years behind bars, with all but three years suspended.