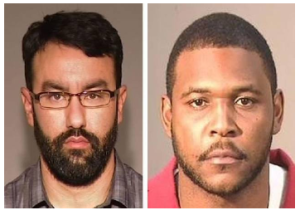 Two former Clovis High School employees who were both accused of having sex with the same underage student will not have to serve time in jail or register as a sex offender, ABC 30 Action News reported. Dwayne Andrews, a former Clovis High School assistant football coach, and Matt Pena, a former assistant baseball coach and photography teacher, both admitted to having sex with the same underage student. Pena was ordered to wear an electronic monitoring device for 115 days, and Andrews was ordered to spend 90 days in an adult offender work program. The victim had sex with Andrews from May 2014 to August 2014, and with Pena between October and December 2014. In announcing the punishment, Superior Court Judge Jonathan Skiles wanted to make it “crystal clear” the victim, who turned 18 in December 2014, did nothing wrong.